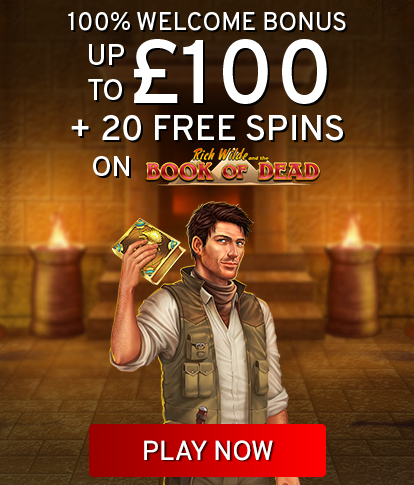 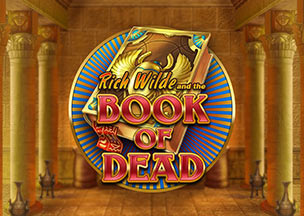 If you’re in the hunt for a high-end 3D slot game that comes loaded with in-game specials, features, and bonuses – have you considered the merits of Book of Dead? The Play ‘N Go backed game is now one of the most popular slot titles here at Fruity King.

If you’re yet to experience the thrills and spills of what the game has to offer, be sure to read our in-depth Book of Dead slot review!

Book Of Dead Gameplay and theme

First and foremost, the Book of Dead slot game comes with a standard layout that consists of 5 reels across 3 rows. No surprises there! Moreover, the game also comes with 10 paylines, which is somewhat lower than what Play ‘N Go usually opts for.

The Book of Dead also comes with an extremely high volatility rate of 10/10, so you’re likely to go through a plethora of bumps and rides along the way!

In terms of the theme itself – this centres on Ancient Egypt. The main character – Rich Wilde, is tasked with collecting ancient artifacts. Sound familiar? That’s right, the general consensus within the online slot community is that the Book of Dead is scarily similar to that of the classic Novomatic title Book of Ra!

When it comes to the underlying design phase, the team at Play ‘N Go have once again done a fantastic job. We at Fruity King are really impressed with the high-end graphics found within the game, and the HD sound effects aren’t too bad either! In all seriousness, Book of Dead is very tasty to the eye, so if you’ve got a passion for innovative slot visualizations – you won’t be disappointed.

In terms of the main gameplay symbols, the lowest wins are represented by the traditional 10, J, Q, K, A range. After this, you’ll find a plethora of Golden Tombs, a Sphinx, and a Horus Vector Bird. The highest win is of course represented by the game’s main character – Rich Wilde.

One of the most attractive aspects of playing the Book of Dead is that it is suited for all stake sizes. This is a common feature of Play N’ Go, which we are Fruity King really like as it allows players of all budgets to enjoy the game. At the lower end of the spectrum, you can get started from just 0.10 coins per spin.

If you fall within the high roller category, then you’ll be pleased to know that the Book of Dead allows you to play at a maximum stake of 100 coins per spin. However, it is crucial that you engage in Responsible Gaming, so do bear this in mind.

Moving on, the largest win available in Book of Dead is 5,000x. This means that the game carries a theoretical top prize of 500,000 coins if playing at the highest stake size.

In order to achieve this, you will need to land 5 Rich Wilde symbols on a single payline. Don’t forget, you’ve only got 10 paylines in operation, so be patient! The second-highest win available during the base game pays 2,000x, which you’ll trigger by landing 5 Golden Tombs on a single payline.

In terms of the RTP (Return to Play), this stands at a very reasonable ‎96.21%. In fact, this is more than reasonable when you consider the top jackpot payout of 5,000x. On the flip side, the 10/10 volatility rating provided by Play ‘N Go should also be taken into account!

As we at Fruity King noted at the start of our Book of Dead review, the game comes packed with a number of in-game specials. Firstly, this includes the all-important wild symbol, which is represented by the vintage Book. As is now standard with all Play ‘N Go slot games, the wild symbols can substitute all other symbols.

Guess what? The Book symbol also represents the scatter symbol! As such, by landing three or more scattered Books anywhere in-view you will trigger the free spins round. Regardless of how many books you land, you will always hit a total of 10 free spins.

However, don’t despair – as you will have the assistant of Rich Wilde! By this, we mean that wilds will randomly expand during the free spins game, which gives you the best chance possible of landing the jackpot prize of 5,000x!

As is now a minimum expectation from the team at Play ‘N Go, our in-depth Book of Dead review can confirm that the slot game has been fully optimized for mobile gaming. Whether you’re holding an Android, iOS, or a good-old Windows smartphone – you will have no issues playing the game whilst on the move. In fact, there is no requirement to download any software as you can access the game via the Fruity King mobile platform!

In terms of making the comparison between the desktop and mobile version of the game, there really isn’t too much to discuss. The end-to-end gaming experience is just as enjoyable, albeit, a number of buttons have been repositioned to take into account the smaller screen size. This includes non-primary buttons such as the ‘Paytable’ and ‘Sound’ buttons.

Book of Dead by Play ‘N Go: The Verdict?

In summary, it is clear to see why the Book of Dead is now one of the most popular slot games here at Fruity King. If you’re the type of player that seeks thrilling 3D graphics and high-end visualizations, then you won’t be disappointed.

If instead, you’re more interested in chasing that big win, then you’ll be pleased with the 5,000x jackpot that the Book of Dead comes with. Throw in the very competitive RTP of 96.21%, and you’re potentially on to a winner. So what are you waiting for? Play the Book of Dead via Fruity King online or via your mobile device today!